Why Is Mary Magdalene Important Now

Why Is Mary Magdalene Important In This Day And Age 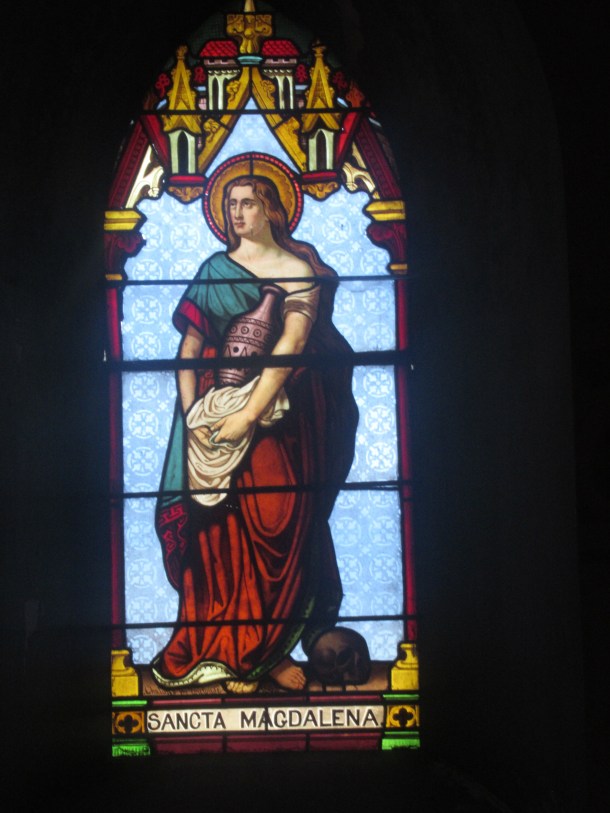 Mary Magdalene represents the complete person, a person who fully lived the human challenges to evolve to its highest pinnacles yet did not ascend like Jesus or Mother Mary to a higher reality. She is someone who reincarnate’s back to this world to become other powerful spiritual women throughout the ages, who carry on courageous roles in society. It is said Joan Of Arc was an incarnation of Mary and there were others through out history. I like to believe currently Ruth Bader Ginsberg is another.

Mary Magdalene is a great model because in this day and age we have stepped up into the individual journey, when we are more personally responsible for our path we parallel with the attractive qualities that Mary Magdalene represents. She is a great example of the person following a spiritual journey that has independent direction.

Mary Magdalene represents an interior relationship with God, one that is autonomous in its spiritual journey while living graciously with the energy and consciousness of God within.

Mary Magdalene represents individual’s responsibility for own personal and spiritual growth. This spiritual path leads us to a more independent journey of our destiny, we may follow a higher power and seek direction from beyond the confines of our mind but is not a path that feels God is judging us or we should live our life in fear of God’s judgments. It is more that God supports us in finding the goodness and love that is within us. This consciousness does not promote a God that rewards or punishes us but we learn how to live in the vibration of a higher power that is God. This opens us to the concepts of lessons instead of fear. If misfortune occurs to us we ask what is the lesson for me here instead of believing we are being punished by God.

If one of Jesus’ central lessons is the development of a heart centered love for the world then Mary Magdalene was the model of practical application. She spent a lifetime teaching how to live every day life with caring and loving for all. She taught and inspired the people that became the Cathars to live these principles. The Cathars demonstrated concepts that higher love is a daily journey and not theory learned in a book. They demonstrated a life that had individual responsibilities instead of a priest dictating to them what was good and bad for their life. This independent living of personal responsibility had a central theme of living a life that was heart centered and was shared with those around.

Mary’s teachings were clear that each person was responsible for their own development and were required to learn from their shortcomings and live in a ongoing moral inventory who they were. The Cathars looked at their own conscious evolution instead of living under the judgment of a higher organization such as a church or a priest. It was not a dependency of a father or priest to forgive them but proactively live a spiritual life with their own self-discoveries. This type of thinking is probably why Mary Magdalene was devalued by the Catholic Church and forgotten, she advocated independence while the church wanted dependency.

In this day and age independence resonates in people’s spiritual journey, for many they have grown beyond gurus, codependent teachers and dominating organizations that dictate a dogma instead of self discovery. This was Mary’s message as well.

One aspect that has been purposely forgotten was Mary Magdalene was very likely the wife and partner of Jesus. If we look at this concept it changes the Christian religion as we know it because in this model Jesus was sexual and makes love as a highly evolved spiritual being. This concept diminishes the fact that to be highly spiritual means that you are celibate. The Jesus and Mary relationship created the vision that their sexual union was wholly as man and wife and was a vital part of spirituality.

The concept of Jesus and Mary as equal partners also hints to the possibility that Mary Magdalene was the equal of Jesus. Elaine Pagels in the book “The Gnostic Gospels” alluded to the possibility of there were 12 female apostles to the 12 male apostles. In this statement alone we start to see that male and female are equals in the spiritual design. This is why Mary Magdalene is so important in this day and age as our culture is demanding equality between men and women in all aspects of life. It is one of the reasons I see Mary Magdalene as so important in this day and age as she is a representative of equality, a balance of feminine and masculine to move us to a higher frequency of being.

In some ways it is sad that these concepts of the Jesus and Mary partnership were hidden for the last 2,000 years but maybe it was meant to be that way. We were in the age of Pisces for the last 2,000 years which is very masculine so therefore the spiritual direction that the Roman Catholic church created fit the time. However the age of Aquarius is here that is a more creative and feminine role opening. We see this in all aspects of life from spirituality to politics. The old forms are beginning to erode and the logic and reasoning of the feminine side is emerging. I like to think that Mary Magdalene is an important representative at this development, she was not a prostitute but a highly evolved soul who diligently worked at becoming a spiritual master similar to the story of Jesus, a man who was gifted yet had to work very hard to become the avatar he evolved to.