What Kind Of Manifestation Abilities Does Your Body Consciousness Have? 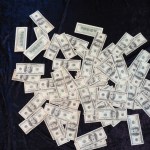 What Kind Of Manifestation Abilities Does Your Body Consciousness Have?

I was listening to a person who was worried about paying his bills as he was recently unemployed and was wondering what his next job would look like. I responded by telling him not to worry, he would do whatever it took to create financial prosperity. I believed this because I knew his history with money and his family’s ability to attract prosperity. My friend had always been able to create a good income as did his father.

At the present time, he was out of work and going through a rough part of his life. I knew that he would return to a secure income due to his emotional patterns with finance.

My friend was raised in a consciousness where a certain level of money was required. It was a standard not only he was taught by his father but he absorbed the vibration of it. He was a magnet for that level of income and history had shown that he always made a level of money similar to his father. This type of consciousness has several components, one being the family value of a lower-level money was not acceptable and my friend would not accept being below his financial standard. His pride would not allow himself to be less than his father. The 2nd component is, his vibration resonates with that level of prosperity, there fore he naturally attracts it.

What we learn from our family has the level of intellectually-based values, we have learned to behave that way. In another level it is an energetic vibration within us. These two different perspectives work together in the creation of what we manifest.

If our family has a strong pattern of emotional conflict through angry, aggressive behaviors we will continue to express that in some way as adults whether it be actively or passively. The process to learning a new pattern begins as intellectual, saying the aggressiveness needs to change and learn different ways to interact with people where anger is not a component. The strategy is never enough because the vibration of anger and aggression is deeply internal and we have to have an emotional transformation of a deeper source before the behaviors can change. We may know the aggressive behaviors is an appropriate unless we change the internal vibrations of anger those emotions will influence our behaviors whether we want it or not.

If a person wishes to change the way they attract money and receive twice as much as they did before they would need to develop strategies to earn money but also learn what it feels like to have that amount in their body consciousness. It might be good to visualize what making $100,000 a year would be like and more importantly what part of the person becomes reactionary to receiving that level of money. It might be issues of shame arise in the belief that they did not deserve that level. Working on a resistance may be one of the most effective ways to change our ability to receive. On the other hand, values that we have aligned with that receiving less money is good or acceptable could be another area needing change before emotional transformation occurs.

Part of this process of change is beginning to learn what it feels like to live in another reality such as: life with twice as much money. The hard part will be, the emotional aspect of our body consciousness does not know what it feels like to have that kind of money. We have to get in touch, feel our body consciousness and begin to ask the question, “What does having that kind of money feel like?” What arises in us on a visceral, energetic level is most likely the reality of what that feels like. We have to learn what this energy is, practice it, live it and earn money from it.

The most underlying energy of body consciousness to change to a bigger, greater person is self love, it is one of our most crucial aspects because it is the core value of receiving more, whatever ‘more’ is for us. It could be a variety of options our desires resonate with such as: a loving relationship, better health or a happy home. Is our self-love strong enough on creating our dreams? Or how many distractors have we created to unconsciously lead us astray?

What we have to pay attention to, “What is our mind and body vibration doing throughout our day. What are the thoughts going through our brain as we do whatever we do, as we sit in silence alone?” This will give us insight on what kind of vibration we are running. Confront yourself with the question, “Is my energetic vibration or body consciousness enhancing the value of what I would like to receive now?”

If we would like to receive more of a greater life and have a lot of angry, shame based thoughts we may have a large part of our unconsciousness going in a different direction than receiving current dreams. If these issues are not addressed we will be sabotaging us from manifesting what we are targeting to have. Emotional transformational work maybe a crucial investment of our time.

The more we identify what is unconsciously underway, address it and build a new vibration inside of us we attract very differently. Suddenly the things we wish to have a flow to us and it is not so hard. We can have a body consciousness that attracts in a pleasurable way, where work is not based in hardship but creation. Self-love is one of the most powerful energies humans can become and it naturally attracts because it is strong in the belief we deserve. It is why the emotional transformation is equally as important as our growth in creating what we are intellectually choosing to become. Most importantly when our body consciousness creates with self-love it is a lot more fun than creating with struggle and crises. The inner joy of being multiplies the outward joy of creation as our core power in manifesting our dreams.