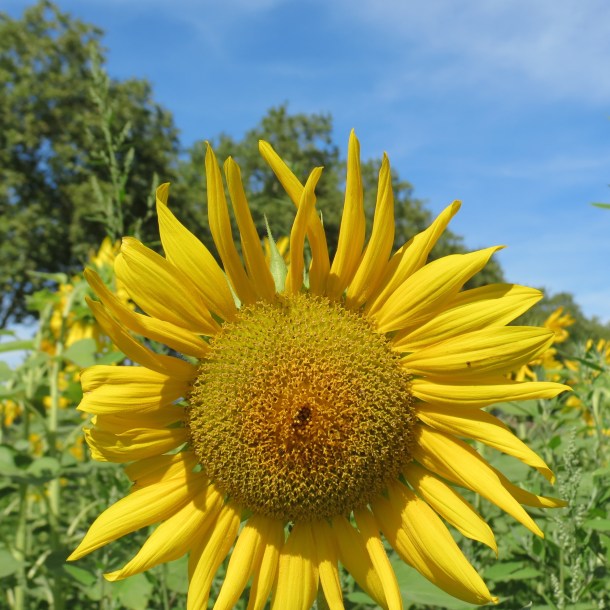 One of the best tools to create magical things in our life is visualize our dreams into this reality. Visualizing reality is like a paint brush that makes the picture of your dreams come true.

How a magician would create rain is by visualizing the possibility of rain occurring in all of their senses and beyond their normal sensations. They would sit in the area where they wanted rain to happen and close their eyes. They would begin to see the big drops of rain hitting the ground, the trees and roofs of the houses. They would see it filling the gutters and running down the streets as well as what it would smell like to have the fresh scent of rain interacting with the air and land. The rainmaker would hear the sounds of rain hitting the ground and popping against the streets. They would feel the electricity in the air and how it makes their skin feel alive and what it would stimulate in their mouths and olfactory systems. All of their senses would be alive in the sensations of rain as if they were in the moment of the event. It would be created in their body as if it is happening in the now. Then sometime in the future the rain would happen.

This story shows us an example of using one of our most powerful tools to create in magical ways, visualizing the reality as a part of our body. To perform this kind of magic we are required to be totally present in the consciousness of what we wish to generate.

This is not a fantasy but an enactment of what we wish to become. A fantasy would be for most part mental and stimulate endorphins to give us pleasure, in order to avoid the stresses of our present tense situation.

In a visualization the intention would have no separation between us and the experience. It is a full body awareness and feeling the pleasure of it is one of many things to focus upon. The rainmaker would feel the pleasure of what the electrical ions of rain vibrate as, we immerse ourselves into a specific awareness.

Emotional Transformation
visualizing
Why Is Activation Meditation Valuable?
Fear Is A False Reality