The Body Consciousness Of Anger

The Body Consciousness Of Anger 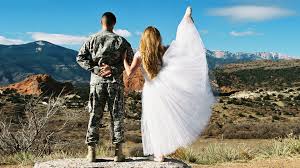 It was some of the most shocking feedback that I had ever heard about myself.

The woman that I adored, trusted and respected gave the news that felt like a lead weight dropping in my stomach. Even though I did not want to believe it I always respected my sweetheart’s expert opinion so I sat in a low tide of disappointment when she told me that I was really an angry person.

Me, one of the sweetest, kindest people you would ever meet. Someone who always put their best foot forward in helping others with an ever glowing smile appearing on my face to show others what a great guy I am. The same ongoing positive effort that I gave to this special woman I loved. How could she tell me that I am angry!

After sitting with this concept for a few days I began to realize my girlfriend Dawn was correct, I was really angry. It wasn’t that I did angry things like shouting at others or making catty remarks. I would not dare accost another with my rage. For me it is all an inside job. Deep inside is where I held it, in a muddled place that I held unbeknown to me.

As I sat with the idea that I was angry I began to notice more of how anger was a dominating presence in my life. The ever pleasant man was actually on a slow burn of resentments stewing like a sour soup in my stomach. It was no wonder I had a small bout with ulcers and ongoing colon problems, I was constantly cooking in this negativity.

I began to realize that much of the time alone I was living in this energy inside of me. My thoughts would flow into being angry at the people I loved and worked with on issues that were logically insignificant or already resolved. I was habitually going back and reliving these circumstances. I had been doing this kind of mental processing most of my life. Through all of this time in resentments I did not realize I was an angry person. I thought angry people were the ones who were aggressive. I finally realized I was very an angry person.

I was angry almost everyday to some degree reliving incidents and fears of my life. As I reflected on these behaviors I realized that the people I was angry at rotated through the years. Consistently it was the people I was closest to and who challenged me such as my boss, girlfriend or father. People who were the closet to me or were an important figure in my life. I mentally picked them apart in how they were wrong and at the same time I wanted their love and respect.

Dawn was right I was living in this internal world angry in how was was treated. I was reliving these same movies through out my life again and again. I wanted to get off. I was not sure how.

I reflected on a lecture from one of my teachers, Gary Douglas who said anger was an energy we contained in our body. We contain it through the judgments we make about the experiences when we were anger and/or anger was used upon us. In Gary’s point of view as we made the judgments that the anger we experience was something we did not want again those energetic memories became contained in the defensiveness our resistance created and is held mostly in the abdominal areas of our body. Like a wall to protect us from having that experience the judgement is actually what held the anger in place with the crucial part being that we judged the situation as bad or wrong in some way.

I began with this concept and began using energetic tools to clear my repressed anger. Everyday for three months I sat and allow the angry thoughts and resentment to rise up. With each one I let them go from a body based or body consciousness perspective. In a few months I began to realize a happiness exuding out of me that I could not remember ever having, it was as if I had re-birthed my spirit. I had not realize how anger dominated so many aspects of my life until it was gone from my body memory, then my body consciousness began to functioned at such a higher level of living.

Bart Sharp is a writer and in the process of completing the book Body Consciousness, www.bartsharp.com

anger
The Hardness Of Judging
Body Consciousness And Joy