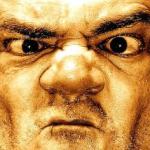 Anger is an integral part of life; we have had it for forever and this useful emotion will be around for a while longer. By definition, anger is the energy to take action. It is the intention behind it and where we direct it that makes anger a generative or destructive force. Anger in its purest form is meant to be in present time with no other memories from the past influencing it.

Anger used in a generative sense as just enough presence to get the job done. Generative anger would be getting mad at a child for playing in the street; you’re angry to impress a point. In this capacity, there is an element of caring to it and a certain level of detachment.

In the real world if you can have a direct and effective relationship with generative anger you will know how much or how little can be expressed at any given time. However, it is because most of us have repressed, unresolved feelings of anger that it often becomes the source of destructive anger. Predicaments arising in the present may stimulate our past anger that triggers something unconscious in us. Therefore we become angrier than what the situation warrants or what would be deemed an appropriate angry reaction to the particular situation.

For instance, if one has road rage it is something that was probably building up after having many frustrating experiences in traffic. At an even deeper level, it may be childhood memories of feeling rage due to a parent who yelled a lot. Those old tape loops become activated in a stressful situation and suddenly, one is saying and doing things that they normally would not do.

Breaking down these multiple repressed memories of anger begins by understanding what and how you became angry. Next, as you recall the memories, feel how your body is reacting, you may perceive a knot in your stomach, traumas in your heart or other unpleasant body sensations. Getting in touch with these feelings that resonate in your body as the memories surface is the first step in releasing them. The body holds the memory while the mind has the story.

When we can perceive our past with both body and mind working in tandem, we begin to have a more profound release with anger. Doing energetic work that interacts with the body’s cellular memory while in the process of feeling the anger, creates an even more profound transformation.

There is no time like the present, to clear the past.

Bart Sharp is an intuitive counselor, healer and author specializing in transformation of traumatic and emotional based limitations.
Greater Consciousness Through Emotional Transformation
512 809 6807
www.bartsharp.com

anger management, anger release, Bartsharp, Consciousness, Emotional Transformation
Being The Space Of The Heart
In Becoming A Greater Space Of Consciousness