Ongoing Anger To A Parent

Ongoing Anger To A Parent 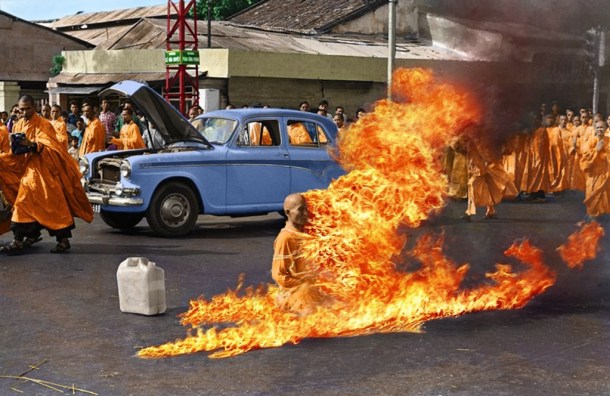 I was talking to a client who was perpetually mad at her mother. It was a challenging situation because she was taking care of her elderly mother who always seem to say the things to trigger her to anger. As a result she was angry much of the time and felt helpless in finding relief. Even the smallest remarks would get under her skin.

I responded by telling her that her anger was not about her present emotional state, if someone else said those same comments to her she would not be angry but more likely unaffected by the verbal barbs. What was really affecting her were stored, energetic memories of her anger. In other words, unresolved feelings she had as a child becoming active when her mother would say the simplest unkind things.

The woman’s childhood was filled with incidents of her mother criticizing and ridiculing her and she was helpless to respond in an assertive manner. She was forced into an “appropriate childhood response” of saying nothing. And each time she held back a desired response to protest she had to “suck it up” of her anger and repress it. There it was held inside of her, stored away in the energetic memory of her body.

The woman spent much of her adulthood resenting her mother and depressed about her childhood. She remembered the stories and recalled them to herself, others and therapists hoping to find some kind of resolve. But the retelling the stories only gave her some insight but never really was a deeper solution to the emotional pain inside.

As an older adult caretaker for her mother she became triggered into those unresolved emotions when her mother showed any type of unkindness in her remarks. She felt helpless in remaining detached from the comments. It made no sense because she was playing the parent role for an elderly person who had no power over her, however it felt as if her elderly mother had all the power in the relationship because the woman was always internally reacting to her mother’s responses.

What was it within the care taking woman who was internally out-of-control with her feelings of anger and rage? It was not something from the present tense but all about her past. Each time her mother said something ‘catty’ the woman’s past memories reacted, the anger repressed way as a child would be activated and the feelings of anger arose like a storm inside of her. She could become inflamed over hardly nothing her mother said. This baffled and frustrated her to no end.

The fact of the matter was, the anger had little to do about the present situation and had everything to do with all the anger she had repressed in her childhood, re-created through her stories in adulthood. Every time her mother said something, one of the older memories would become activated, inflamed feeling as if it was anger from the present. Because this was such a dreaded emotional consideration that the woman relived many times it had even more intensity to it. Now as an adult woman taking care of her mother she was in a very precarious situation, being reminded energetically up all of her childhood frustrations with anger.

The key to finding freedom is in the realization of what is happening with her emotions are illusion the anger comes up in a more intense fashion. Each time an anger from the past rises it is generally from an experience in her childhood. One time it may be when she was 8 years old triggered by something from her mother that was similar to the 8-year-old incident while another outburst may be from a 5-year-old incident. It is hard to understand why one comes up and another does not however repressed memories from her past reappear and add onto the intensity we are feeling in the present tense situation. It makes our emotional responses greater than what is actually needed for the situation. We become extremely angry due to the combined angers when another non-triggered response would be much smaller in negative angst.

When we can realize how we are triggered and go back to those incidents in her childhood we can begin unraveling our repressions. Repressed anger at its most basic form is an energetic memory in our body and when we address it directly a dramatic release occurs. When were able to release these memories somewhat like our parents will no longer send us helplessly into angry responses.

In general
It is the process of learning that our intensely felt anger is little to do with present tense emotions but is about the past. Anger that is repressed is held in certain areas of our body and can be addressed in those locations where it is held. Using energetic clearings we can have a direct release of the anger and transformation happens in big ways. The more anger we release on a cellular/energetic level the more freedom we feel within us and people or situations we became angry at have a different response.