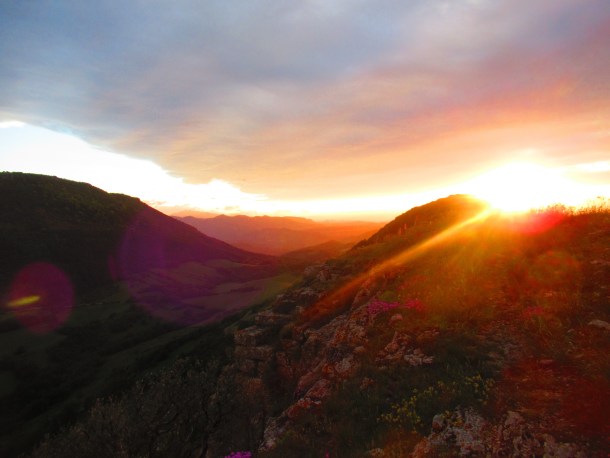 I was talking to one of my conservative friends the other day who expressed her frustrations of how liberal people would not listen to her point of view. She wanted to have a discussion where they both listen to each other, could discuss how each other felt about particular political issues. The underlying motivation for this person seemed to be a desire to want to change the other person’s opinion.

In this day and age there seems to be a huge division between conservatives and liberals where an open friendly discussion is often difficult. There often this seems to be such an aggressiveness from both sides where people really see a conservative or liberal as the enemy. It really brings up the issue about what is it that people are hanging onto their own beliefs so hard that they cannot listen to another? If there’s one word that sums up this need to have separation and division is fear. There seems to be an energy of fear occurring so strongly in people that they believe if the other side wins all will be lost whether it be the country, a way a life or even the planet itself. It comes to place that we haven’t asked the question, “are these fears based in reality?”

There are two perspectives of fear: One is the fear that is occurring in the actual moment such as being afraid it will be run over by car when you cross the street. This fear is actually functional because we need to be concerned about traffic will cross the street. Second, the fears that we have that live in a pretense of the future. These fears may or may not have a firm base in reality and aspects of the fear may be connected to our own personal experiences that have little to do with actual fears. For example, we may have fears that global warming is happening and the planet is dying. There’s a lot of evidence that this could be true and there is an aspect and almost any individual that their fear of the planet dying is tied to a lot of fears in their own personal experience. The person who may be extremely fearful and reacting in a strong way may be conditioned to think so fearful by lessons they learn from their parents, media such as television and their own personal traumas that are fearful. Whenever we hear something such as a natural disaster or someone abusing our political system our body will immediately trigger off a variety of repressed emotions. Therefore what we think we fear may be only 30% of all the fear we are experiencing when we hear some really bad news such as global warming is becoming increasingly worse.

Personal stories will always affect us until we really begin to recognize that is what we are doing.

Another aspect of fear-based thinking is how is society and our community reacting to these fearful situations? In other words, what people are thinking affects other people. If there are thousands of people in the community and fear that disastrous coming it would begin to become a collective consciousness that is fear-based. Therefore, if we have her own fearful thoughts and there is a matrix of people thinking similar thoughts we will create a fear-based matrix. We will begin to be easily influenced to think this way. The fear-based matrix effects both liberals and conservatives in different ways and it is one of the reasons why there seems to be such a sense of urgency that conservative solution or a liberal solution is absolutely required depending upon your belief systems. The more these people are unaware of their own fears and how they are created in relation to the fear-based matrix they will maintain a polarity to the other side of their belief systems. Liberals will be polarized to conservatives and vice versa. It will be much harder to have each side work together as long as they’re such polarity as it is easy to point fingers and say the other side has it all wrong and we are right. Sadly people who live in this polarity are less open to seeing the other person’s point of view but are more gravitated to finding those who have their own point of view. This is where they are easily manipulated because something such as a news article can trigger the fear-based matrix.

One of the first steps in breaking out of the fear-based matrix is knowing it exists and choosing not to react to the stories and those who are acting in such a strong fear. Also it is important to notice how we have created our own fears throughout our life. To see our own patterns is imperative if we really wish to have more and objective mind.

When I was talking to my friend I suggested that setting up an atmosphere for debate with the cultivation that they can convince the other person of their point of view may not bring her the connection she was hoping for. I suggested that she just listen to the other person and asked them questions of how they created their opinion, what is important to them and why do they feel the way they feel. Just to listen without motivation to change their mind. What the real desire is in the situation to have connection with somebody that is different from you. To have the ability to perceive their world. She would get a greater gift because she would gain a better greater perspective and possibly gain a friendship or respect from the other person. In the bigger picture of things we began to break down the fear-based matrix with the strategy because we began to relate to another person instead of reacting to them. We may think that we are helping the world by changing somebody’s mind but most people will not change their mind the learning the fax from somebody else’s opinion. We usually make up her opinion from an emotional base therefore if we can listen to somebody in hear the emotional side of what they are saying we begin to understand them. We may even connect to them and therefore there were be less polarity in our own life because we are relating to somebody from a totally different life experience that we may have thought was the wrong side of the fence to be on. They may get to gift because their own polarity towards someone who is separate from them is bridged. The emotional bond that we create may heal a lot more polarity and the fear-based matrix than the actual facts of the message.
Magic Speaks
Becoming A Magical In A Modern Magical World
https://www.amazon.com/dp/0999636405?fbclid=IwAR3oplKK1e-L5kD8VUdfRSHCDBba3eZdn5rhBg9GlpLzA4XAkt-XZqz1H3E

Emotional Transformation
Resolving Repressed Anger
The Art Of Being In Creativity