Breaking Out Of The Box Of Resistance, Body Consciousness

Breaking Out Of The Box Of Resistance, Body Consciousness 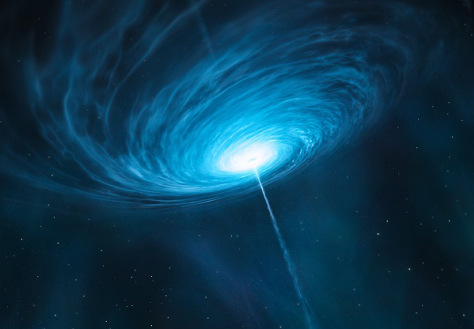 I was talking to a friend who was perplexed why her son displayed the same ugly behaviors as his father, highly judging and sometimes rude while in his own internal frustration of his body consciousness. She added, he, like myself does not like the man, father. The answer falls into a primary rule about judgments. What ever we judge in alignment or agreement or resistance or reaction to in relationships; we create a perceptual block in our awareness in that area.

The son had naturally integrated much of his father’s beliefs, emotional responses and energies into his own by simply being around him as a child. Then as a young adult, when he was beginning to create his own adult perspectives; he judged how he did not want to be like his dad, he then began resistance and reaction. Somewhere in the judgment, the son created his own blindness. The simple fact is, a part of his father is within him due to their time together. His judgments of his father created a repression of the aspects of himself that are the same as his fathers.

When we judge something, we cut off our perception of it in some way. Just like, “I do not want to have any kind of the rage like my father.” Or. “I hate raging people.” They are projections creating a wall to resist us feeling or perceiving that world, including the rage inside of us. The deeper the judgment, the more we have repression and unconsciousness working against the concept.

It is an emotional version of Newton’s third law, “To every reaction, there is an equal and opposite reaction.” The more we react the more it creates an internal repression inside of us.

The son was much like his father in his rage yet could not see it. Until he started to step into the perspective of self-accountability; he would most likely never see it and would dismiss anyone telling him so.

I had a similar experience when parenting two stepdaughters. I wanted to teach them good values and impart some of my own wisdom as part of my parenting. In this process I was challenged to confront my own emotional dilemmas, the girls unintentionally were triggering me to recall some of my childhood lesson, taught to me, and sometimes forced onto me, by my parents, especially my father. There step-daughters were not intentionally doing this, I was simply be stimulated to make decisions in unfamiliar territory.

I had never been a father before and therefore the resource that kept coming up in my own value system was my father’s values. A little voice of his words would show up as the pressures of being a parent arose inside of me. The values were part of my darker side, hard reactions to the situations that in my logical mind would not want to project onto anyone. However, I was in the moment of stress with the stepdaughters resulting in past memories being triggered that paralleled a similar level of stress in my own life. Hence back to my father’s value, negatively stressed upon me.

At first, I followed these values and created more discord in my relationships with my stepdaughters. I wanted something different then my childhood and was distressed in the narrowed point of view I had when my father’s values appeared, during my stressed decision making process. Finally I realized my father’s values were simply not working and I began to see how they would spontaneously show up when trying to negotiate with step-daughters; who had a natural, unconscious talent to push my buttons. I realized it was me that needed adjusting, not them, and the source needed to be addressed was my learned value system from dad. The big change began by telling the inner voice inside me to, “Be quiet. It was no longer needed.”

Later I began to see how much fear and resentments I had to my dad for being controlling. My part in the judgment was in resistance, with the feeling of powerless to his domination.

When we discover the dynamics of how we judge in resistance, reaction, alignment or agreement, we suddenly open a new perspective. We begin to see what we are missing. We open to seeing other people’s perspective instead of narrowly falling into the rabbit hole of our past emotional patterns. More freedom, more perception, more fun arises.